Aliimuamua Malaefono Ala Taua Faasalaina, a great professional of the Government of Samoa and a dedicated partner of all UN agencies.

A Message of Condolences from the United Nations

The United Nations in Samoa received with deep sadness the news of the passing of Chief Statistician Aliimuamua Malaefono Ala Taua Faasalaina, a great professional of the Government of Samoa and a dedicated partner of all UN agencies with which she worked with outstanding professionalism for many years.

Through her data knowledge and exemplary commitment to Samoa and its people, Malaefono served the cause of evidence-based public policy, transparent governance and international reporting, contributing substantially to the country’s development progress and performance on the global stage.

Aliimuamua Malaefono was truly a gifted, kindhearted, and inspiring woman leader who was instrumental in guiding many of the United Nations projects in which her analytical skills made a difference. In many ways, Fono’s love for quality data changed lives and made development cooperation more effective for those most in need in Samoa.

Our hearts and prayers are with Fono’s family at this time of bereavement.

As we pay tribute to Aliimuamua Malaefono for her respect for the UN values and her tireless work with us across many important programmes, we wish to extend our most sincere and heartfelt condolences to her husband Lemalama Taaloga Faasalaina, her children, grandchildren and extended family and to the Government of Samoa and the staff of the Samoa Bureau of Statistics.

Fono’s voice and contribution to the debate in the UN Statistical Commission will be greatly missed.

May she rest in peace and her service to the betterment of Samoa continue to inspire women across the nation. 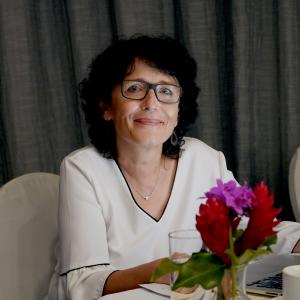